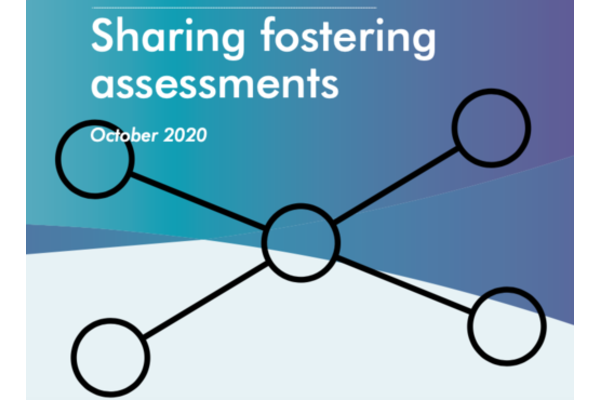 Members only
There is some confusion and, from time-to- time, conflict in the fostering sector over who has a right to a copy of a fostering assessment report 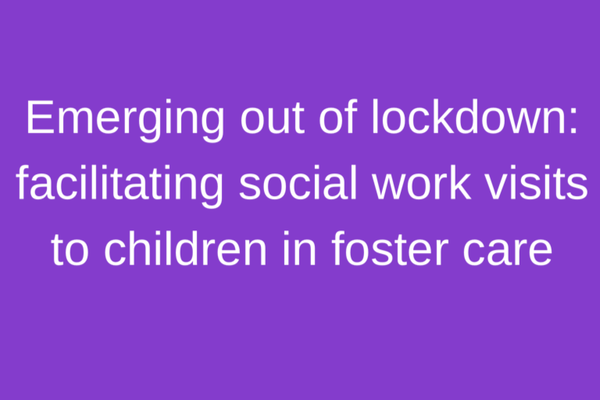 Emerging out of lockdown: facilitating social work visits to children in foster care

As the country emerges out of lockdown, there will likely be anxieties, shared by providers, social workers, carers and children about the risk of infection, how well children adapt to change and the general impact that the lifting of restrictions may have on households. In line with government guidance, social workers will largely undertake virtual statutory visits to children in care when the country is in lockdown under Covid-19 alert levels 4 and 5. As the risk of Covid-19 reduces and the government introduces relaxations, local authorities and independent fostering providers are keen to look at how statutory ‘in person’ visits can be safely re-introduced. 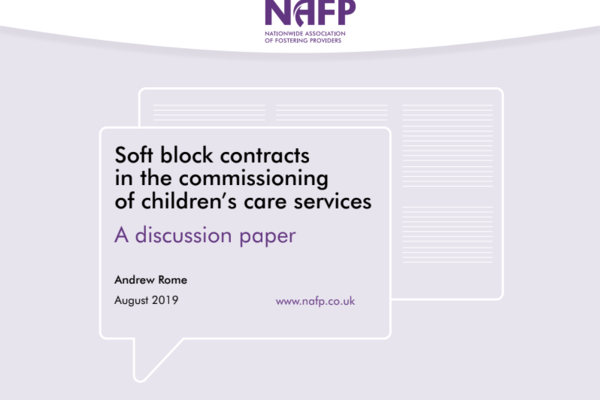 Soft block contracts in the commissioning of children’s care services

A substantial majority of current practice in contracting of placements for children by local authorities with independent sector providers is a version of spot contracting. It makes for an inefficient and unmanaged sector economically. The most influential factor on economic efficiency for providers is the occupancy rate of their services. Commissioners have the potential to directly influence occupancy through tools such as block contracting. 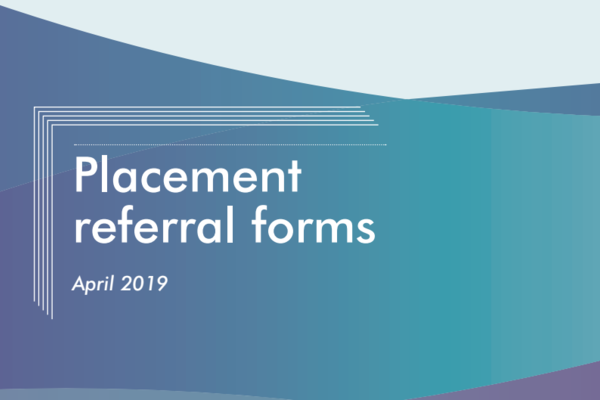 There is no standardised approach for how placement referral information is captured and provided to care providers. Each local authority tends to use its own format, takes its own approach to the collation and checking information for reliability. Fostering agencies frequently note that information is out-of-date and/or partial and that it can be difficult to extract the key information required to identify whether they have a potential foster carer available. This briefing is intended to offer some helpful context and advice for local authorities preparing placement referral information for independent fostering services (although the principles apply to whichever care sector the referral is intended for e.g. residential care).

Fostering an ethos of online safety and digital parenting 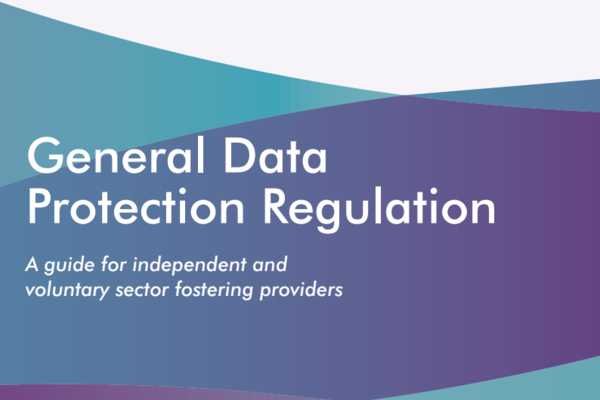 GDPR - a guide for independent and voluntary sector fostering providers

This guide is intended to help IFPs understand the impact of General Data Protection Regulation (GDPR), the key changes and where they need to focus their energies as well as providing guidance on how to deal with contract change requests.

The Nationwide Association of Fostering Providers (NAFP) believes that, in general, it is beneficial for children and foster carers if the carer’s supervising social worker attends the child’s annual review. It is also the case that the number of adults attending a review needs to be at a level which feels comfortable for an individual child and which enables them to express their views and wishes. However, we are of the firm view that any blanket policy which restricts the involvement of supervising social workers at reviews brings risk to the child, the foster carers, fostering provider and local authority.

How well are fostering services commissioned?

In June 2017, NAFP undertook a survey to determine the views of our members on local authority commissioning practice across the three nations. It was completed by independent fostering providers caring for around 5,000 children in foster care. The survey asked for views on commissioning consortia and commissioning undertaken by individual local authorities in England, Scotland and Wales and included specific questions designed by commissioners. We asked members to grade local authority performance on various components of the commissioning process using the four judgements of inadequate, requires improvement, good and outstanding. Alongside the online survey, we also consulted with members in regional and country meetings and through in-depth on-to-one conversations. 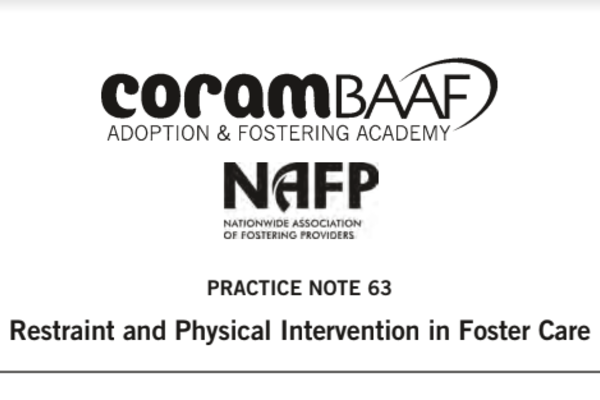 If a child or young person that you look after has not returned home, or to any other place they are supposed to be, it’s right to be concerned, but it’s also important not to panic. It’s highly likely that all will be well, but whatever the situation, you won’t be dealing with it alone. This checklist helps foster carers to think through who to contact and what to record.

When a local authority asserts that the ‘in-house’ unit cost of foster care is substantially lower than that of an external independent and voluntary sector fostering provider (IFP), the comparison is likely to require closer inspection. Evidence collected for NAFP suggests that unit cost comparisons are often materially flawed. This briefing lists the main areas where the comparison goes wrong and suggests actions that may be taken to question unit cost calculations produced by local authorities.

The experiences of care leavers themselves, backed up by research, consistently highlight how the quality of support young people receive during the transition to adulthood shapes their future life chances. More recently governments across the UK have recognised the key role that foster carers, like parents, should play in this process. It was in this spirit that NAFP welcomed government support for Staying Put in England as it impacted on young people in foster care. However, we became increasingly concerned about how this policy was able to be implemented on the ground. It seemed clear from the outset that local authorities might struggle to properly resource the good intentions. Initial messages from implementation did not seem to bring out how Staying Put was impacting on young people placed with foster carers from independent and voluntary sector providers (IFPs). It was with this background of complexity and uncertainty that we decided to have a close look at Staying Put ourselves. This report summarises what we found and we offer it as a positive contribution to improving the lives of young people for whom leaving care will best be tackled through planned, stable, supported arrangements.

Achieving the most appropriate placement for every child in care

Over the past few years the social care sector has seen an unprecedented focus on the cost of services provided to children in care. In NAFP’s view, this has resulted in too many children in care being placed in placements that fit with the priorities of the placing local authority, rather than the child’s own needs. The relationship between placement choice, outcomes and financial efficiencies has been recognised in a good deal of research3 over the past decade. Providing a wide choice of placements enables better placement matching, which consequently improves placement stability and ultimately delivers the best outcomes for a child.

An increasing amount of fostering providers are using digital communications to recruit and retain carers and develop relationships with the media and local authorities. In this briefing we will help you develop your social media strategy, take advantage of hot social media trends such as hyperlocal, and most importantly measure the success of your efforts.

Looking After Yourself, Helping Each Other: How Can Yoga Support Foster Carers?

Yoga may be used as a method to reduce and handle stress by encouraging an individual to become more centred, and so able to cope with challenges. It can also help the development of confidence and self-esteem, especially through breath work and co-ordinating movement. And, what is described as mindfulness practice promotes self awareness, so that we respond rather than react to difficult situations. With the everyday stresses associated with being a foster carer well-documented, and with pressures on carers increasing, this briefing explores the impact of offering a different kind of support; focusing on doing something together, rather than the more established approach of talking about concerns one-to-one or in group.

NAFP is aware that preparation and planning for transition can be challenging for some foster carers, and that it can become even more challenging when different professionals and organisations are involved. So this briefing provides information for independent and voluntary sector providers and their carers, and draws upon evidence from a small pilot study to make suggestions for improving practice.

Permanency in Fostering: a Briefing for Foster Carers (England)

Permanency aims to provide security for a child through to adulthood, as all children and young people benefit from living in a predictable and stable environment with as much certainty as possible. A permanent foster placement provides a child with a fundamental commitment from the carers to the child for the rest of their childhood and the opportunity to:

Making future plans and the right decisions for children should always involve close co-operation and communication between the whole team; especially when different organisations or even sectors are involved. Most importantly, the focus should always be on meeting the immediate and long-term needs of particular children. This paper supports these aims by providing information about the background and current use of long-term fostering and Special Guardianship, as well as identifying some areas of concern for the independent sector. It will then go on to recommend how independent fostering providers and local authorities should work together – making sure that the best interests of children and young people shape this process, as well as the decision making.

Delegated Authority: Putting It Into Practice

Foster carers play a key role in children’s daily lives, but that this has often gone unrecognised, leaving everyday decisions out of their hands. At the same time, fostered children and young people have expressed their wish to grow up as part of ‘normal’ families without the rules and bureaucracy, which can limit their opportunities and make them feel different. The response to these concerns is an attempt to promote foster carers’ involvement in care planning, as well as giving them the authority, like parents, to make more day-to-day decisions about the children and young people they care for – what is called delegated authority.