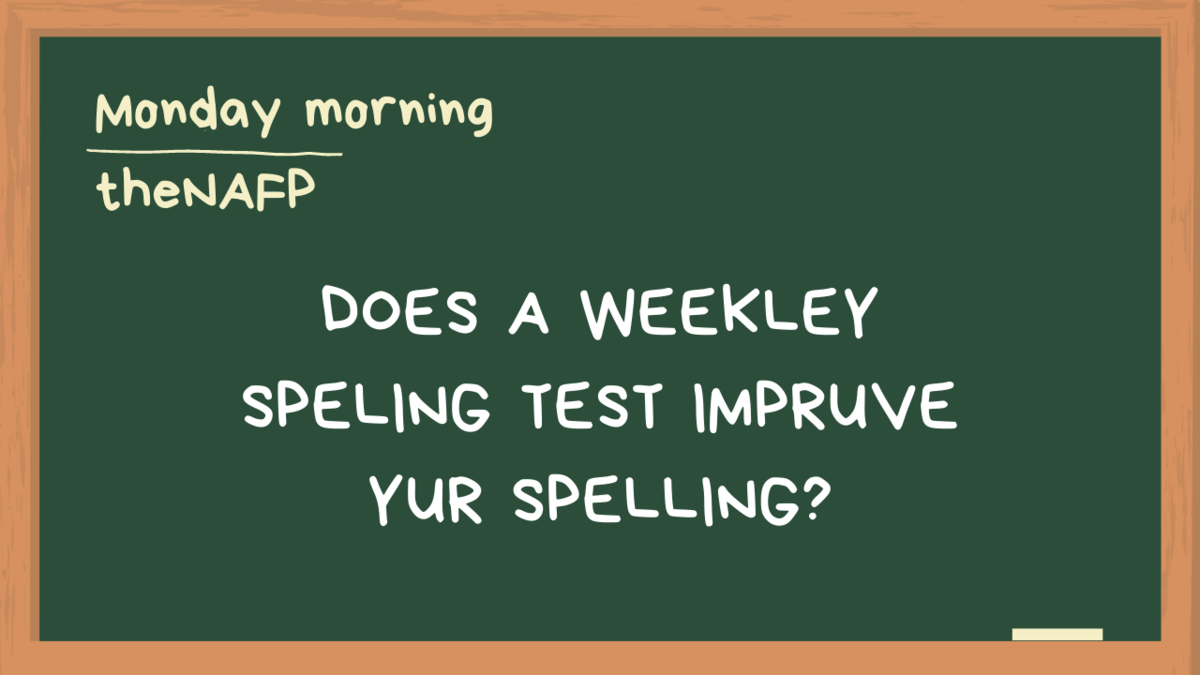 When I first started a career as a primary school teacher way back in the early 1990s it was just expected that on every Monday morning the children would arrive at school and their first task of the day would be to copy down ten spellings from the blackboard. During the week, whenever a child had completed a piece of work quickly I would ask them to learn their spellings while I found them something else to do. This ringing any bells? There would then be the weekly spelling test on a Friday morning. Those kids who had learnt them at home would get ten out of ten, those who’d had a look at them at home or crammed in a bit of practice over breakfast on a Friday morning would get between six and nine right and those who just couldn’t be bothered tended to get five or less. Which group did you belong to?

This was the way that we learned to spell. I had done exactly the same during my spell at primary school as had my parents before me and probably my grandparents before them. How many times have we been told that, ‘practice makes perfect’ as we sat at home learning each word by rote?

Then, as my first year as a teacher drew to a close, I went on a course where the man in charge uttered the words that would rock my world! ‘Learning spellings in this way was a waste of time’. I was shocked to the core, surely he could not be right. He started to tell about thirty teachers, some young and inexperienced, some not so young and very experienced, that weekly spelling tests did not equal good spellers. He gave a list of reasons why this was the case – it’s a short term memory way of learning - Just because a child can memorize words for a test does not mean she or he understands the logic or reasoning behind the spelling of words. Often, spelling lists are a mixture of completely unrelated words {such as what, but, play, and like.} Spelling lists don’t provide students with an understanding of why words are spelt in certain ways, which would help pupils to figure out how to spell the new words they encounter. Worse yet, lists can easily confuse the young spelling student, making the subject of spelling seem difficult. A few bad results on the trot can produce a lifetime of low confidence and the belief that you’re no good at English and books aren’t worth reading. OK, so maybe I exaggerate a little!

His final words have stayed with me since that day – ‘Weekly spelling tests are nothing more than a semi useful disciplinary process.’ It’s a way of practicing the discipline of learning but it will not improve your spelling in the long term.

I was determined to prove him wrong. For the next year I continued with the weekly test, keeping track of all results in my blue score book – did your teacher have one of those? I looked at the English books a little more closely. Did the top test spellers in the class produce top spelling in their open work? The answer was mixed, some did and some didn’t. Did this prove that he was wrong and I was right? No, of course it didn’t. Upon further investigation, it turned out that the good spellers in all forms of their writing were those who read a lot at home, wrote a lot at home, read a lot at school and were surrounded by parents/carers and siblings who did the same. Those whose parents insisted on them practicing their spellings every night but did not encourage them to read and write continued to be average or below average spellers.

As was always the case, parents would often come to parent evenings to discuss their child’s spelling test results and tell me how clever their child was because they got ten out of ten every week. Some weren’t particularly bothered that their child never picked a book up at home but if they scored the magical ten it meant that school was going well.

During a staff meeting the following term, I suggested that, as a school, we ended the weekly spelling test for the reasons already stated. You would have thought that I’d suggested to a five-year-old that Santa Claus wasn’t real! I was given a tirade of reasons why the spelling test should continue and as a young teacher bowed my head in shame and the weekly test continued in my class until I departed some years later and probably still continues to this day, not improving the overall spelling of the children but pleasing the parents and carers and being a good way of measuring progress – not!

So, now that you’ve started to question your education history, I would like to leave you with this thought. 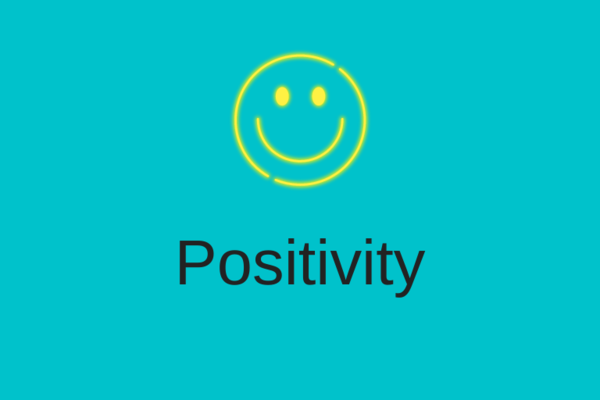 Positivity - for ourselves and the children in our care