The experiences of care leavers themselves, backed up by research, consistently highlight how the quality of support young people receive during the transition to adulthood shapes their future life chances. More recently governments across the UK have recognised the key role that foster carers, like parents, should play in this process. It was in this spirit that NAFP welcomed government support for Staying Put in England as it impacted on young people in foster care. However, we became increasingly concerned about how this policy was able to be implemented on the ground. It seemed clear from the outset that local authorities might struggle to properly resource the good intentions. Initial messages from implementation did not seem to bring out how Staying Put was impacting on young people placed with foster carers from independent and voluntary sector providers (IFPs). It was with this background of complexity and uncertainty that we decided to have a close look at Staying Put ourselves. This report summarises what we found and we offer it as a positive contribution to improving the lives of young people for whom leaving care will best be tackled through planned, stable, supported arrangements.

Staying Put in Independent Foster Care: working together, getting it right (December 2015) 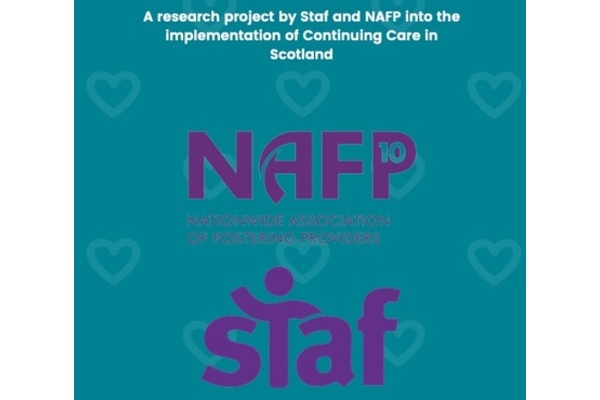 “None of us live independently”